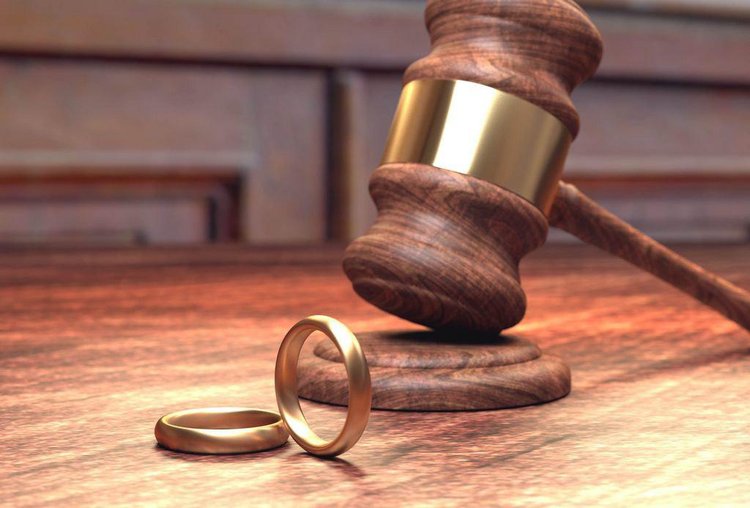 Statistics say, every second marriage in Ukraine ends up in divorce. In such a case, the spouses often face legal issues regarding the division of common property. In this article we cover the procedure of division of common spouse’s property, types property which is considered to be common spouse’s property, the procedure of division of real estate objects, cases in which the principle of equality of spouses’ shares in property changes.

The procedure of division of common spouses’ property in Ukraine

Divorce does not terminate the right of common ownership of property acquired during the marriage. Thus, after the divorce the husband and the wife may agree on the procedure of use of the common property instead of its division.

Such an agreement may be reached in oral, simple written or notarized form.

If one of the spouses wish to divide the property, they can do this on a voluntarily basis or through judicial procedures.

If on a voluntary basis, the property may be divided by concluding a contract on the division of common spouse’s property, which, to the extent that it concerns real estate, shall be notarised.

If through judicial procedures, the common property of the spouses shall be divided by filing a claim to the court by one of the spouses with the appropriate claims to the other spouse.

It should be noted that the claim for property division is subject to a general limitation period of three years.

Determining the scope of the common spouses’ property

When settling the dispute over the division of the spouses’ property, the court must determine the scope of commonly-owned property available at the time of termination of the joint housekeeping, finding out the source and time of its acquisition.

It should be taken into account that all property acquired by the couple during the marriage is considered common property, unless otherwise determined by the court.

For the property division, the debts of the spouse that arose in the interests of the family are also taken into account.

For example, if the spouse purchased an apartment on credit during the marriage, in addition to the right of common ownership of the apartment, there is also an obligation in the interests of the family in the form of refund of the sum of money borrowed, in which the spouse acts as joint and several promissors, since the contract concluded by one of the spouses for the benefit of the family, creates obligations for the other spouse if the property obtained under the contract is used for the benefit of the family.

In case of self discharge of the debt by one of the spouses at their own expense and subject to failure to claim that during hearing the case concerning division of the spouses' property, he/she may apply separately for compensation of the expenses incurred for the fulfillment of obligations under this contract, if the funds received are used for the family’s benefit.

How the property is divided between the spouses

Common property is divided between spouses in kind. Indivisible items shall be adjudged to one of the spouses. However, as for the valuable property, such as a residential house, apartment, land, etc. that cannot be divided in kind in compliance with the shares of the co-owners, the ownership interest of one of the spouses in such property is terminated with the adjudication of financial compensation for his/her benefit or the court determines the undivided shares of the spouses in the common property without its actual division and the property remains in their common partial ownership.

Conditions of the division are determined depending on the share sizes of each spouse, as well as their wishes regarding the specified property: to obtain separate premises in personal property, if possible, or to keep the property in full and repay the compensation for the other spouse’s share in the property or vice versa, to receive compensation and repay your share.

However, the court shall not hold a contract for the transfer of valuable property invalid without the consent of one spouse in the form provided by law of Ukraine (simple written, notarised), subject to availability of another consent.

In this case, the value of the share of the disposed property may be taken into account when dividing the common property of the spouse if the property is not used for the benefit of the family.

On division of the contributions to a business entity

It should be taken into account that pursuant to the legislation of Ukraine, the funds become the property of the company from the moment of their depositing to the authorized capital of a business entity, these common funds (property) of the spouses lose the features of the subject of common ownership of the spouses.

Further disposal of his/her share in the authorized capital by a member of a company is a subjective corporate right of such participant and alienation of a share  by him/her at their own discretion can not be considered as the use (alienation) of common property of spouses against the another spouse’s will and as contradiction of family interests.

Thus, in the case of the transfer by the spouses of their property for running business by participation of one of them in the foundation of a business entity, this property belongs to the specified company on an ownership basis, the spouse acquires the corresponding property right which is exercised by one of the spouse (founder) by participation in the management of the company, while the second spouse acquires the right to claim payment of certain amounts for his/her benefit in case of division of property between the spouses.

On the size of the shares of each spouse

If the issue of the division of common property of the spouses is resolved, it shall be divided between the parties in equal shares.

However, in some cases, the court may deviate from the principle of equality of spouses’ shares.

First: in circumstances of significant importance, in particular if one spouse did not care for the financial support of the family, eluded from participation in the maintenance of the child, concealed, destroyed or damaged common property, expended it to the detriment of the family interests.

Secondly, if one of the spouses live with a child as well as with disabled son, daughter, provided that the amount of maintenance they receive is insufficient to support their physical, spiritual development and treatment.

That is, if the court proves one of the circumstances that gives the court grounds to derogate from the principles of share equality of in the common spouses’ property, for example, if the father deliberately evades the maintenance of the child living with the mother, the court may adjudge the wife more than half of the property.

Every divorce case has its own features, that is why we advise you to contact office@gentls.com with your specific inquiry.