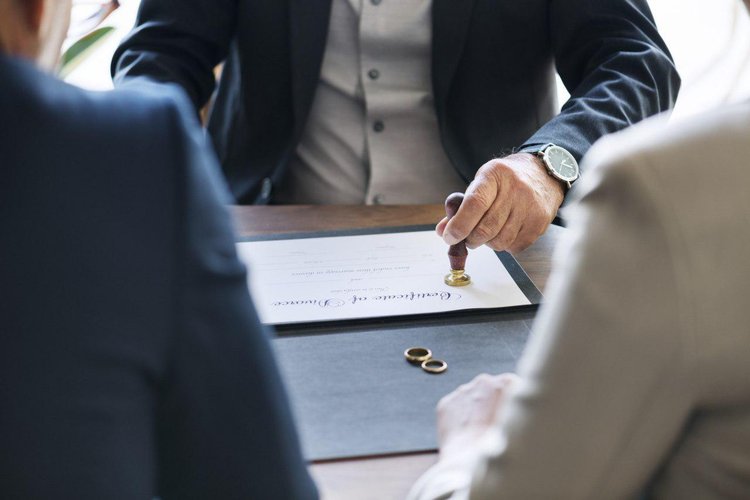 This article would be of interest for those who come up with the legal issues of   the spouses’ property and protection of their property interests.

What does the common spouses’ property includes?

The legislation of Ukraine provides that the common spouses’ property include all the property acquired by the couple during the marriage irrelevant of the fact of the lack of own earnings for the good reason (study, housekeeping, child care, disease) which one of the spouses may suffer. Every item acquired during the marriage, except for personal accessories, is to be considered common property of the spouse.

However, we should bear in mind that there are exceptions from the general rule associated with some circumstances. For example, if the wife’s or the husband’s property increased in value during the marriage significantly as a result of joint labor or financial costs or the other spouse’s costs, in case of a dispute, it may be recognized by the court to be subject of the common spouse’s property.

For the application of these rules, regardless of other factors (in particular, tendencies towards general rising cost of a particular property), the increase in the property value shall be attributable to the expenses of the spouse, and significant increase in the value of the property as an object, its qualitative characteristics shall be an essential feature.

For example, if the wife possessed a forsaken house in Ukraine before marriage, which has been completely repaired during the marriage period, resulting in its going twice up, the husband may claim ownership interest in such a house, although formally it remains personally owned by his wife.

It shall be taken into account that if the property was bought for the funds which belonged to one of the spouse before the marriage in addition to the common funds, the share in this property shall be his/her personal property proportionally to the amount of the contribution.

How should the couple arrange their property relations?

It may happen that before registration of marriage people redraft their property to their relatives, so that the other spouse does not claim such property. In fact, it is not legally advisable, since the property acquired before marriage is considered personal rather than common property of the spouse.

However, it is necessary to draw the focus towards the property that will be purchased during the marriage. If you wish to purchase valuable assets for your own money, that is, earned before marriage, it is advisable to arrange for the appropriate evidence, which will be then used in court if the other spouse wishes to claim the property as a common property.

It happens sometimes that the decision to divorce has not yet been made, but the couple no longer wish to live together, though also do not want to share the property. In this case, the law provides for the opportunity to conclude an agreement on the procedure for the use of a house, apartment, car, etc. For example, the contract may prescribe which rooms in the house shall be used by the husband and which - by the wife.

Further, if the marriage was not saved and the husband and his wife proceeded to share the common property, such an agreement will be a good evidence and will help to argue in the court that each of them should keep such premises that they used under the terms of the agreement on the use of the house.

Also, conclusion of the agreement on the use of property may be useful if one of the spouses wishes to dispose of his/her share in the common property. However, before this it shall be determined with the help of the notary by entering into an appropriate contract between the co-owners, which will transform the right to the jointly owned spouse’s property into the right to a fractional ownership, that is, with clearly defined shares of each spouse in the common property (e.g. ½ the house belongs to husband and ½ to wife). This determination of the shares and the conclusion of the agreement on the use of the property will allow one of the spouses to sell their share.

Generally, all property issues of the spouses can be cleared in a marriage contract, which may be concluded between the couple both before and after the marriage.

The marriage contract may specify the property which the wife and the husband transfer for use for the common family needs, as well as who will own the property presented to the spouse following marriage registration.

The parties to such an agreement may also agree on: considering the property acquired by them during the marriage as common shared property or personal private property of each of them rather than their common property; on the possible order of property division, including in the case of divorce; on the use of property owned by both of them or one of them to meet the needs of their children and of other persons; on any other conditions regarding the legal regime of property, if they do not contradict the moral basis of society.

We should also pay attention to the situations when a man and a woman have actual family relationship, that is, they cohabit, share everyday routine,  have mutual rights and obligations, though for some reason they have not formalized their relationship or registered a marriage. In such a case, they own the property acquired by them during cohabitation on the basis of common ownership similar to the couple who registered the marriage in accordance with the procedure stipulated by the legislation of Ukraine. However, in such a case, the fact of cohabitation of the husband and the wife shall be proved in court and only subject to establishing the indisputability of such circumstances, the court will declare the property acquired during the cohabitation common and divide it between the husband and the wife.

Every case related to marriage in Ukraine has its own features, that is why we advise you to contact office@gentls.com with your specific inquiry.